A group of daredevils performed the world’s first bungee jump while tied to a wingsuit pilot. As a team of three stuntmen flew 4000m over Chalon, France, in June, Aimard Alexandre captured a world first. With world record holder Vincent Descols leading events, a wingsuit pilot had a bungee jump attached to his stomach. Hangong from the end of the cord was another skydiver – complete with parachute – who bounced further and closer together as the wind currents buffeted the flier. 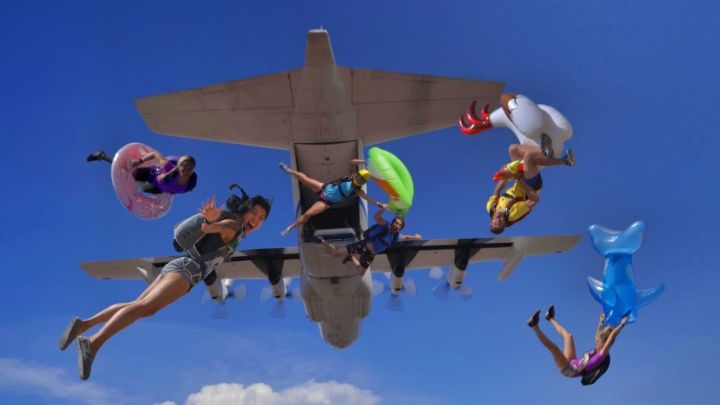 World's Longest Slip and Slide Out of an AIRPLANE! 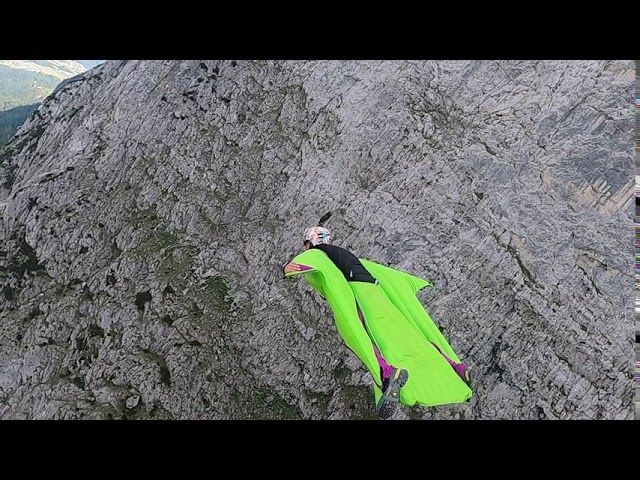 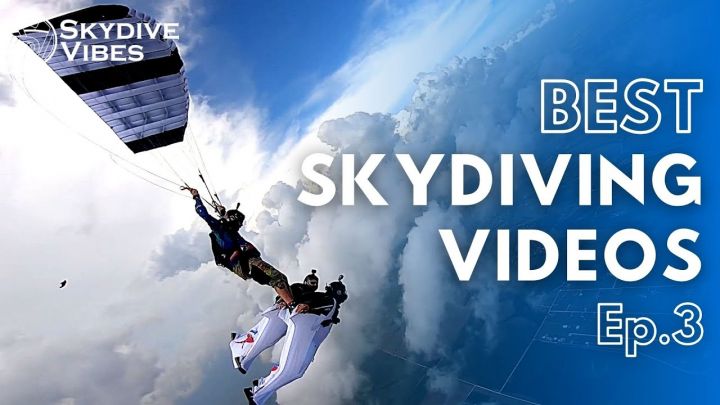 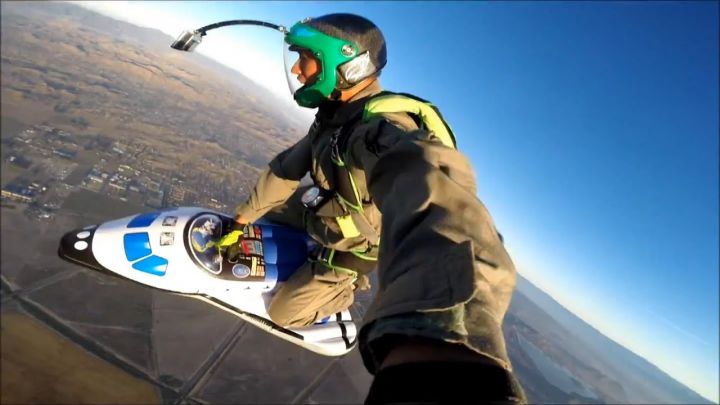 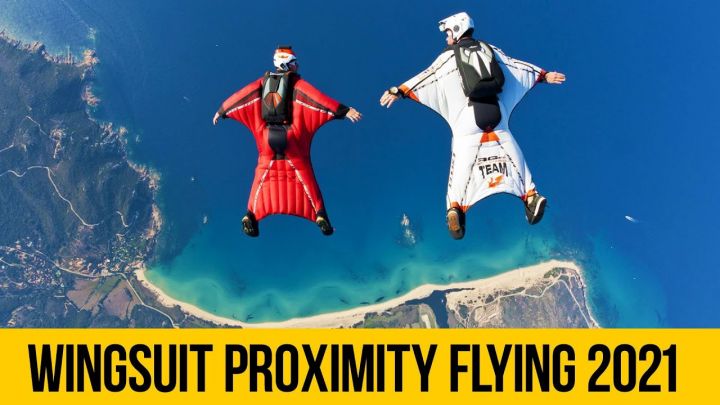 Skydiving into the Blue Hole, Belize Illegal BASE Jump in Munich // The Perfect Flight EP 8 // A daredevil skydiver leapt from a plane sitting in a inflatable pool tube! | SWNS