Paragliding is often described as '3D chess'. More of a mental than physical sport. But sometimes the thermals near launch can often get quite hectic and the 3D chess morphs into what feels like aerial combat with everyone fighting for optimal position within the thermal core where lift is strongest. Imagine race cars speeding around a track, getting into position to overtake you on the inside of each turn. Now imagine there are cars above and below you as well. This was a stable day at Mt Tamborine with very light thermals that only went up about 750m, about half of what you normally get here. There weren't many thermals around so everyone would come rushing whenever a new one was found. Light lift meant very little vertical separation and the small thermal core meant very tight turns. 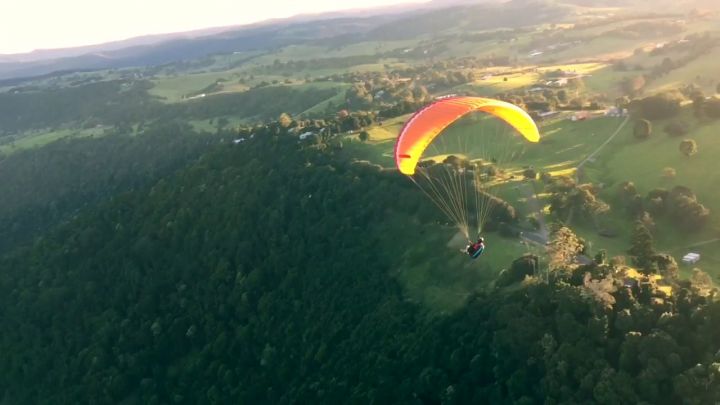 Beechy to Rathdowny for the first time 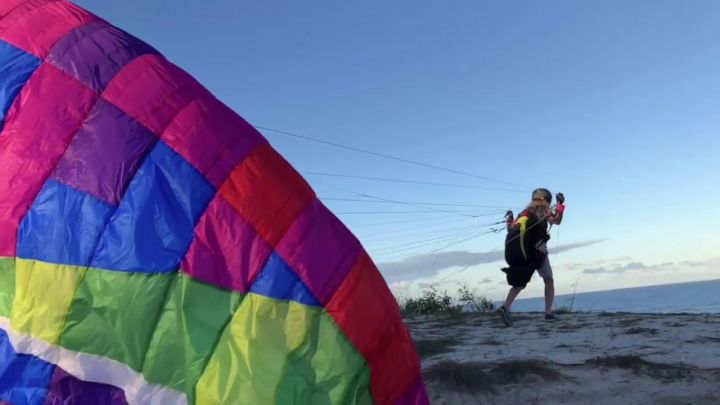 Susy's impressions of the BGD Punk 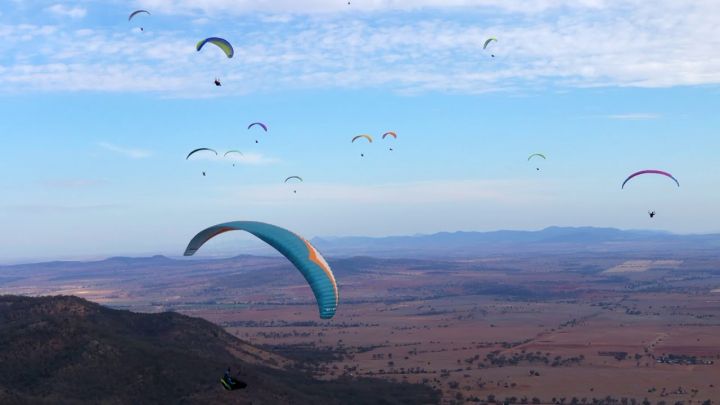 Blissful paragliding at the Flying Fox 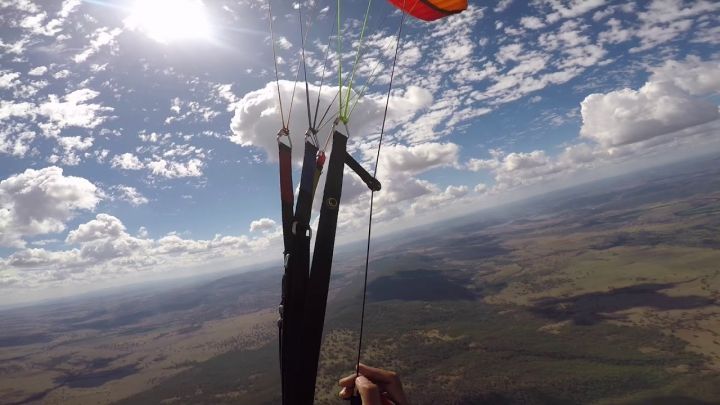 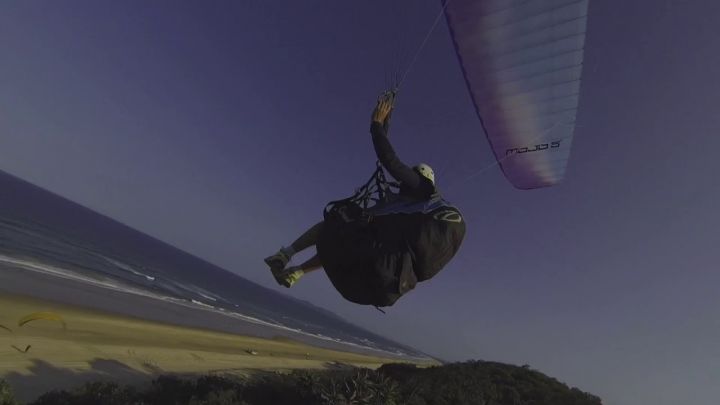